Today’s release brings several improvements and bug fixes. We would also like to point you to a new tutorial series and a license giveaway that is currently underway. Read on for more details.

Video tutorials and a giveaway

Wayne Fox from nothing hidden was very kind to start a tutorial series on WireframeSketcher. During the whole month of May he goes through everything from basics to how to wireframe an entire website.

For your convenience we’ve created a YouTube playlist where you can find and watch all videos in this series. Note that the first 8 videos are using long format and show how to build a complete website. The rest of the videos use short format so you can watch them quickly to learn a new trick.

During this series you can participate in a competition and win a free license. See the competition rules for more details.

Since our last blog post there were several stencil updates in the Mockups Gallery. 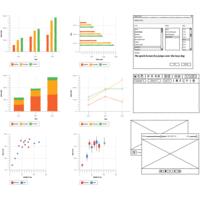 We’ve also updated FontAwesome icons to the latest version which adds 79 new icons. This brings the total number of icons to a whopping 439. 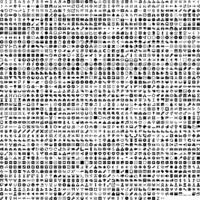 Note that the new version has a different naming convention for icons so only use them for new projects. Don’t try to replace FontAwesome icons in an existing project as it will result in some broken icon references.

All our stencils can now be found in the Stencils GitHub repository where you can take a look at how they are made and eventually contribute your own.

One of our most important selling points is our support for multiple platforms. Ubuntu (and Linux in general) proved to be the most challenging of them to support. Ubuntu is a constantly moving target as new versions of the OS and libraries are being constantly released, frequently with breaking changes which require extra work from us.

We love Ubuntu so be assured, that despite these issues, we are not dropping support for it. However some things are harder to fix than others so please be patient when you encounter a problem.

One of the most recent issues is the application crash which occurs when trying to add assets from Mockups Gallery. The same crash also occurs on the first launch of the freshly installed application. The workaround it to install assets manually until we can release a proper fix.

Another issue we have with Ubuntu is the distribution of application updates. Our initial recommendation was to use Ubuntu Software Centre which is hosting WireframeSketcher packages. However this solution proved inadequate as Ubuntu Software Centre has a very slow update process and is always 1-2 versions behind. This is why we are now hosting our own Debian repository which will be configured automatically when you install the latest .deb package from our website. This will make sure that you’ll get the latest WireframeSketcher version as part of system updates.

To update to the latest version of WireframeSketcher use Help > Check for Updates, or just download it from our website.

The version number of this release is 4.2.6.